Origins of a Traveler

Fresh from the return from a week’s vacation, I am anxious to share my most recent travel escapades. It occurred to me at some point while I was away that it may be best to start off explaining a bit about my general travel history and background.
My family was not one for long distance or epic vacations. Most of our travels were done during the summer months and played out simply on the beaches and boardwalks of southern New Jersey. My first real adventure came around the age of six provoked by a road trip my parents planned to Niagara Falls. The drive felt endless to my brother and I yet it also it gave me plenty of time to anticipate and imagine what was lying ahead. I have very strong memories of that trip, the foremost being the grandeur of the falls, how perfectly manicured the grounds of Canada were and the fantastic and slightly terrifying Daredevil Museum. 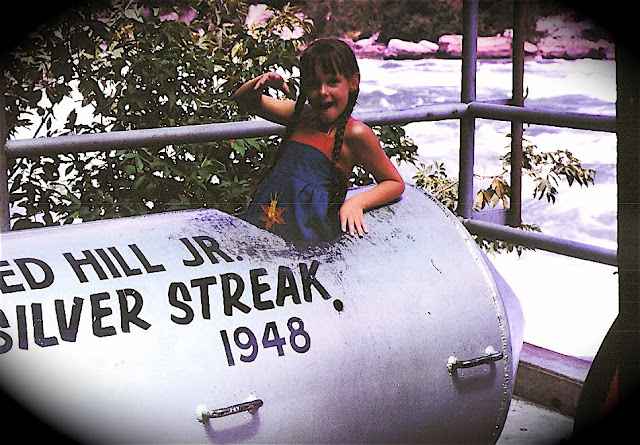 Less than two years later came a travel experience that would definitely forever change me. My grandparents took me with them aboard Eastern Airlines to vacation in Orlando, Florida for a week at Disney World. This primary flight filled me with dizzying excitement and also a new sense—anxiety, a direct influence from my grandmother. I remember watching her during take-off gripping her arm rail with white knuckles while cursing the plane. I can also recall checking into to what seemed to my 8-year old standards a very fancy hotel—The Royal Plaza. It was made all the better by it’s location, directly outside the Magic Kingdom and by my misreading the name, thus believing we were guests at the Royal Pizza. What could be better?

I believe my mother took the good care to pack my bag and make sure I had everything I needed. Standing out after all these years I remember being well stocked with a healthy selection of cute outfits, a 110 Kodak camera and two rolls of film. These packing basics are a lesson learned and have become my present travel foundation along with tickets, money, passport! 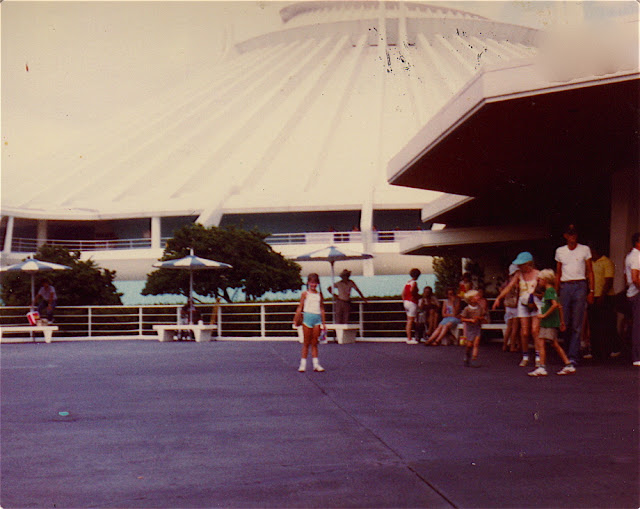 I didn’t fly again until I was 18. This trip was a gift from my parents and Aunt upon graduating high school. I spent a week in San Francisco with said Aunt following a wonderfully planned and action packed itinerary thanks to her. 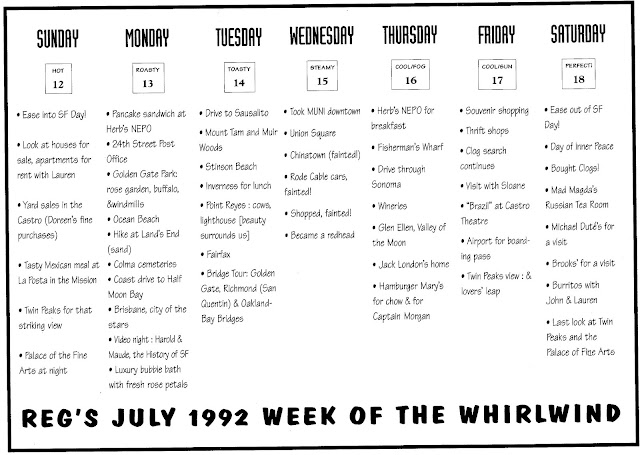 I also fell in love with a city for the first time. Returning from that trip, I was transformed somehow and with that, I had a new understanding—travel changes you. It is the point if not the rule. It was then I felt the shift from teenager to young woman, ready to start living a real life with a hunger for seeing the world. 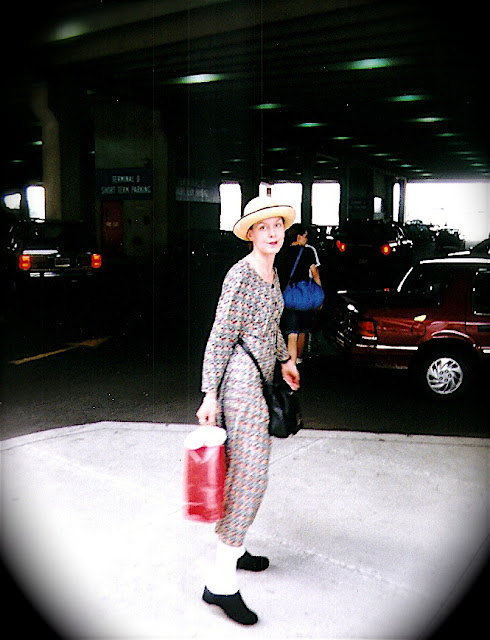 Since then I have traveled quite a bit probably both equally for business and for fun. My journeys haven’t been extremely off the beaten path or very exotic but they have no doubt been life shaping. I also have to say I haven’t always been the perfect traveler. Most boating leaves me seasick, I don’t do well driving at night, my sense of direction is dull at times and to me flying is one of the most uncomfortable, confining things I will allow myself to do. I don’t like the food on airplanes, drinking only makes the dehydration worse and forget about sleeping. I just can’t do it. Even still, I won’t stay put. Visiting foreign locales, whether they are a state over or in a country on the other side of the globe, is what keeps me going and growing. And this past week, somewhere over the patchwork quilt of the suburbs of London, I realized flying isn’t a terrible means to an end. I think I may be actually starting to enjoy it! 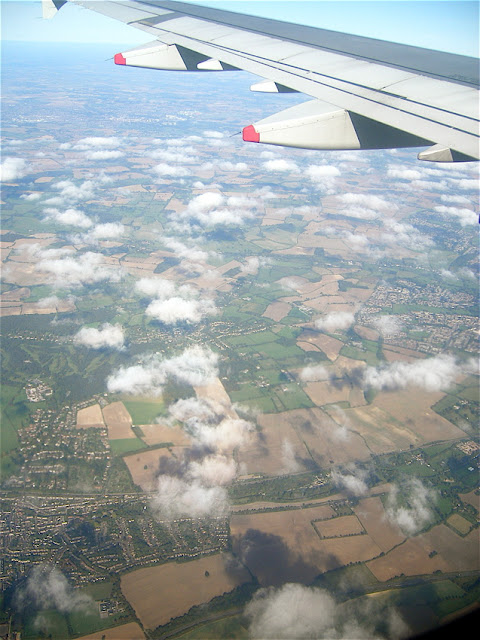 Posted by regina mandell at 3:16 PM

beautiful...both the country's patchwork landscape and my daughter!