At dawn of the 20th century head pieces were all the rage in evening attire for women. The whimsical and sometimes ridiculously large hats and bonnets of day dressing were left on their perch in favor of jewel encrusted lace, feather adorned silk, metal studded leather, all dripping with chains, stones and fringe. Along with these mystical crowns came some very intricate and lavish hair styling. This trend lasted well into the 1920's and then disappeared, never to really be seen again except festooning the occasional modern day bridal veil. The flower children in the 1960's donned make-shift headbands salvaged from old leather cords, belts and scarves but their interpretation seems anything but grand. I, for one am in favor of seeing a resurgence in this frivolity. Perhaps tonight, when meeting my lady friends for spirits of the green hour, I will fashion something something glittering and plumed to don upon my 'do. 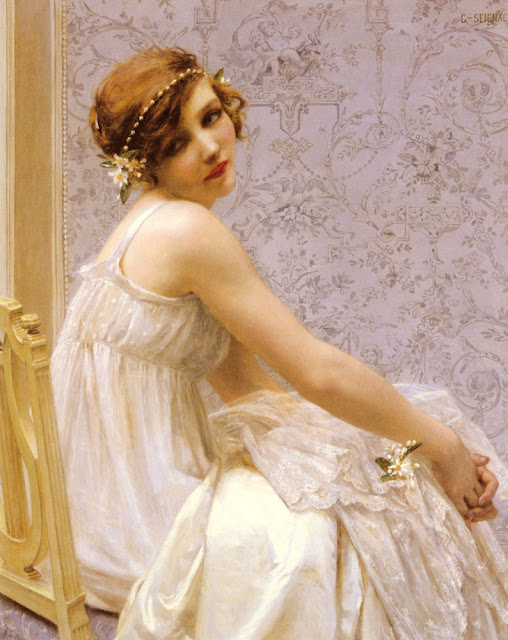 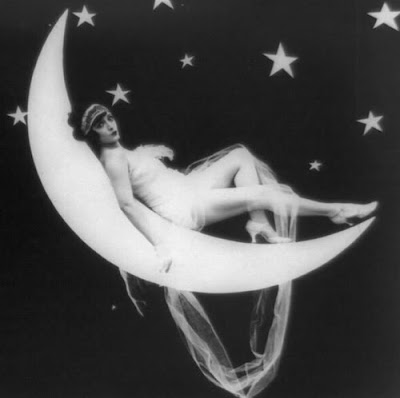 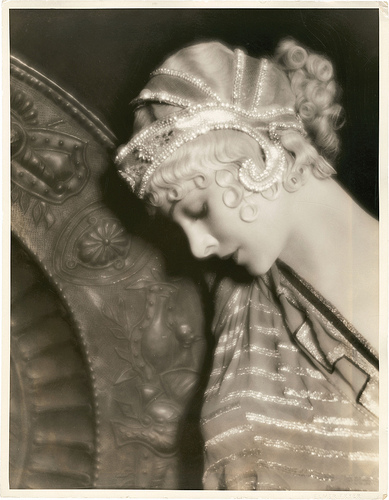 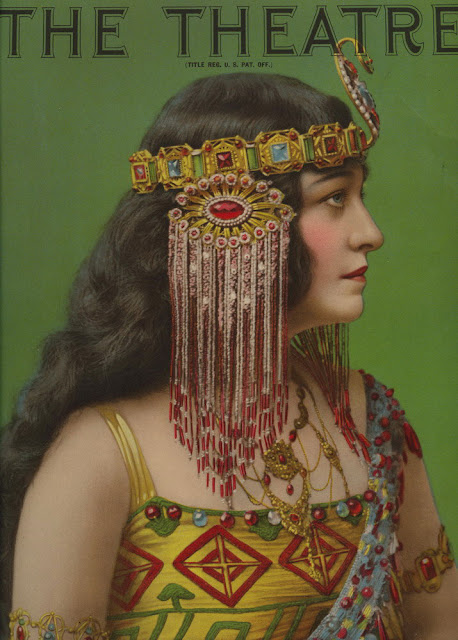 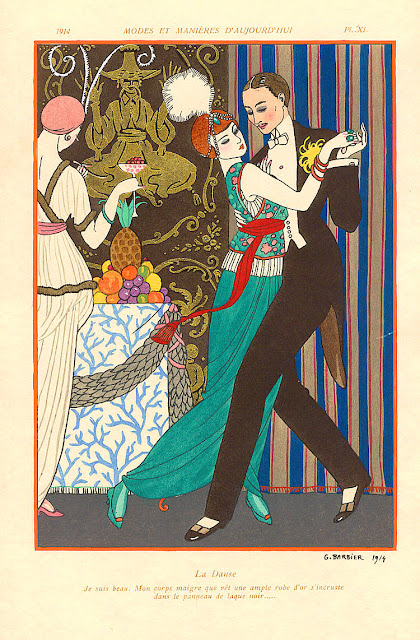 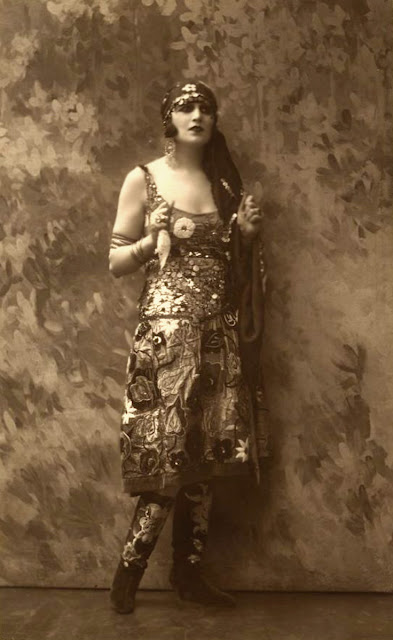 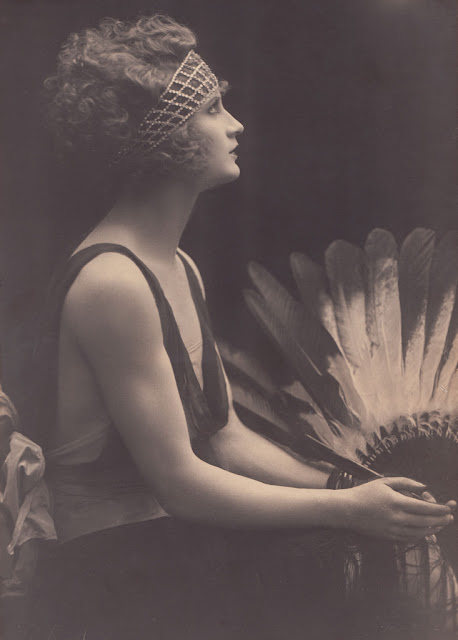 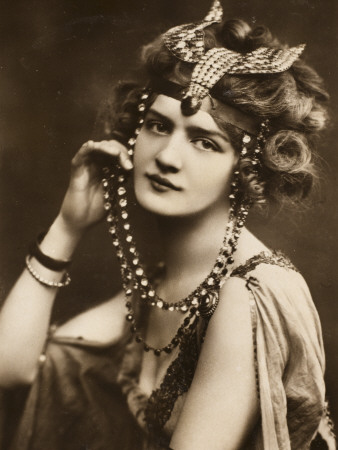 Posted by regina mandell at 7:11 AM

Email ThisBlogThis!Share to TwitterShare to FacebookShare to Pinterest
Labels: inspiration