a variation on pesto 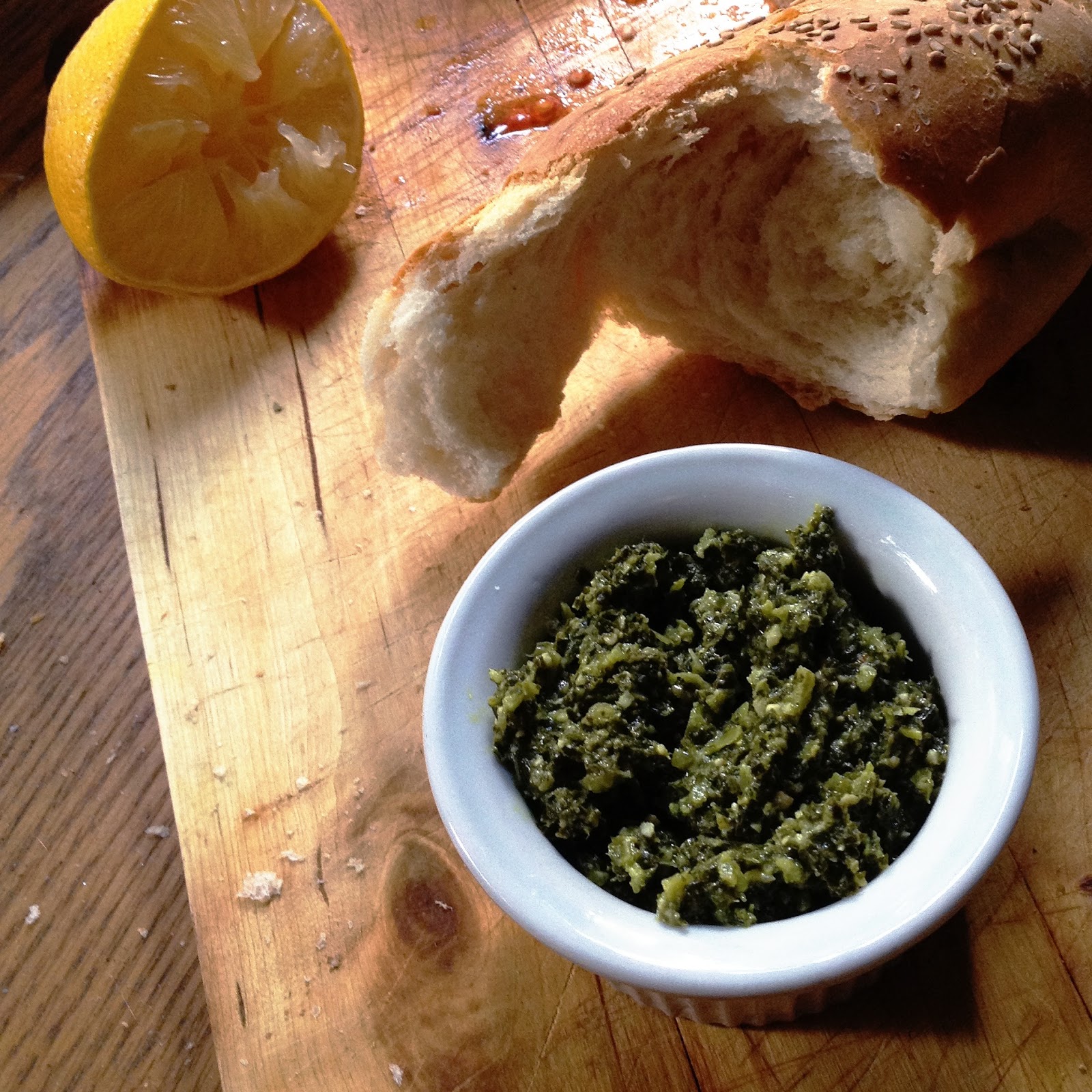 I just made my first batch of kale pesto. After a weekend excursion to the Italian Market in South Philadelphia, I found myself standing in my kitchen among a sea of produce, fretting about eating and cooking everything before it starts to go rotten. My first inspired moment came after perusing recipes for kale and deciding on an attempt at pesto. This was a quick, easy and versatile dish to whip up. The best part about it is that it makes a hefty batch and after I had the first portion over linguine, I used it to top a sardine sandwich for yesterday's lunch and plan on having it today on a crusty baguette with capicola and pecorino and a nice drizzle of olive oil. But first... the recipe.

Start by pulsing the nuts, garlic and cheese in a food processor until crumbled and mixed well while getting a large pot of water boiling. When the water boils, drop the kale in for a minute or two. The kale will turn bright green and become slightly limp when it is ready to be scooped out. Douse the greens with cold water and strain out in a colander. (I like to save the strained water from the kale to add into the pesto to help soften it up a bit in the end and the water from boiling the kale can be used to boil your pasta in.) When the leaves cool a bit they go into the processor along with the lemon juice and get blended in with the previous ingredients. Slowly add the olive oil until the consistency changes from rough to creamier. Add some leftover kale water if you would like at this point too. Feel free to salt and pepper to taste. I find the cheese stands in for salt and the kale and garlic speak for the pepper. Eat on anything and everything.
Posted by regina mandell at 11:53 AM

Email ThisBlogThis!Share to TwitterShare to FacebookShare to Pinterest
Labels: recipes